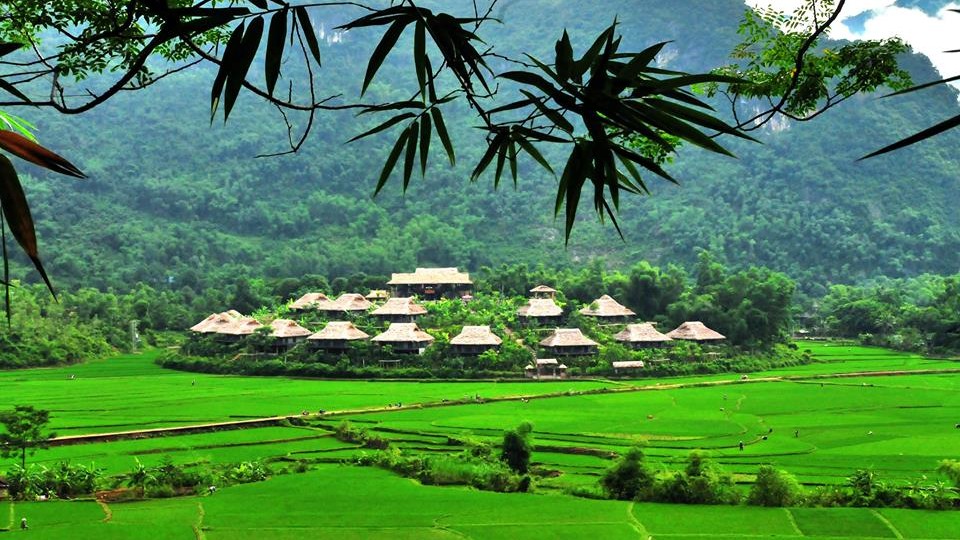 Mai Chau is a beautiful valley in the northwest mountains of HoaBinh province. Not only seducing tourists with the rustic beauty of the mountains, the beauty of the female weaving, but also attracted by the hearts of the people in the villages.

Mai Chau valley is beautiful with a green valley of leaves, rice fields and small stilt houses. About 140km from Hanoi, following high way 6 to Hoa Binh town, we keep on further to Thung Khe pass, going up the heaven and down hill to Mai Chau valley.

Mai Chau is one of the five continents of Cho Bo where the ethnic Muong was founded, the precursor of Hoa Binh province (1886). By 1892, Mai Chau was one of the five continents of Hoa Binh. In the Anti-French Resistance, Mai Chau was the southern part of the Da River in Mai Da District, belonging to the Viet Bac Inter-regional Area from November 4, 1949 and August 9, 1950, to enter into Inter-regional Zone 3. September 21, 1957 Mai Da district is divided into two districts Da Bac and Mai Chau. Mai Chau commune consists of 5 communes: Mai Thuong, Mai Ha, Tan Mai, Pu Bin, Bao La.