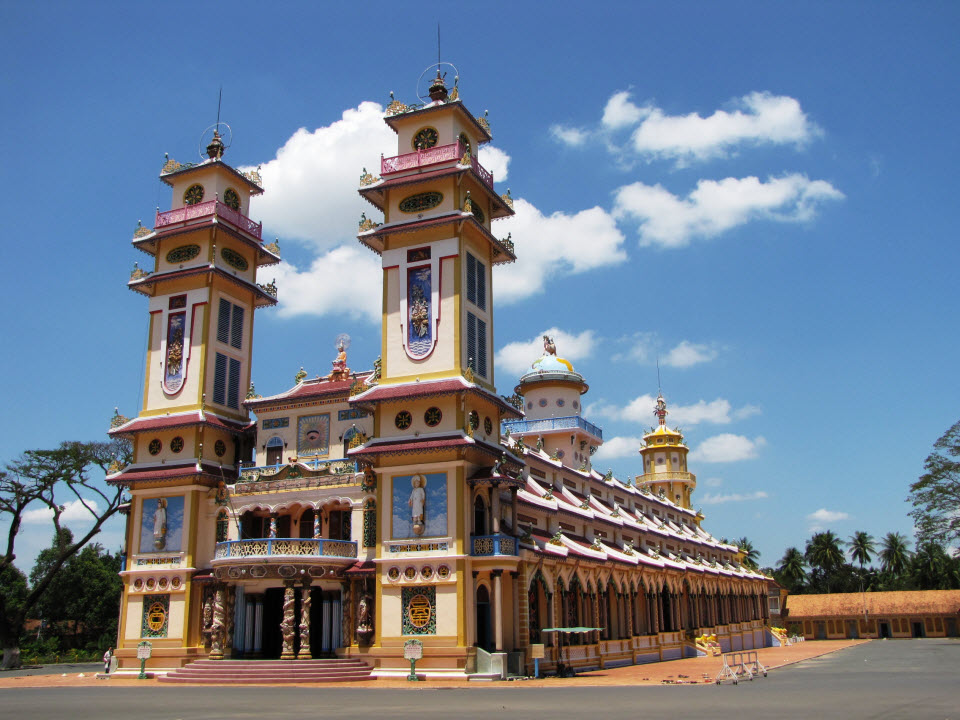 Depart: 08:00 Return: 17:00 You will have the opportunity to experience what life was like for the Vietcong guerrillas who live and fought underground during the war with the Americans and the South Vietnamese. You will be able to crawl through 50 m (150 ft.) out of the some 200 km of tunnels which run under the CuChi area’s underground complex. We will also visit a rice paper workshop where handmade paper is made. En route, you will enjoy spectacular scenic vistas, including eye-popping views of our rice paddy fields which stretch off from the road as far as the eye can see.

Continuing on to the town of Tay Ninh, we will visit the Cao Dai Great Temple. This homegrown religion combines aspects of Buddhism, Confucianism, Taoism, Hinduism and Christianity. We experience the spectacular noon mass at the temple (around an hour in length) and will follow this with a chance to explore the temple’s iconography and religious statuary. We will return to Saigon (HCMC) in the afternoon.

Note: Please do not wear either sleeveless T-shirts and/or shorts inside Cao Dai Great Temple, as this is viewed as disrespectful.

The construction of CaoDai Holy See temple is 98m long, 22m wide , 1.8 m high platform. According to the concept of Caodaist, design and size were instructed by Duc Chi Ton (God).

Overall shrine look like a iconic Dragon-Horse (Long Ma) code. Facades Long Ma shrine as the head looking to the west, the area Hiep Thien Dai (Union of Heaven and Earth). Two belfry rise up like two horns. Between these two belfry is Tinh Tam Dai , look like Long Ma’s mouth open. The second floor is the forehead with 2 doors are regarded as two eyes. 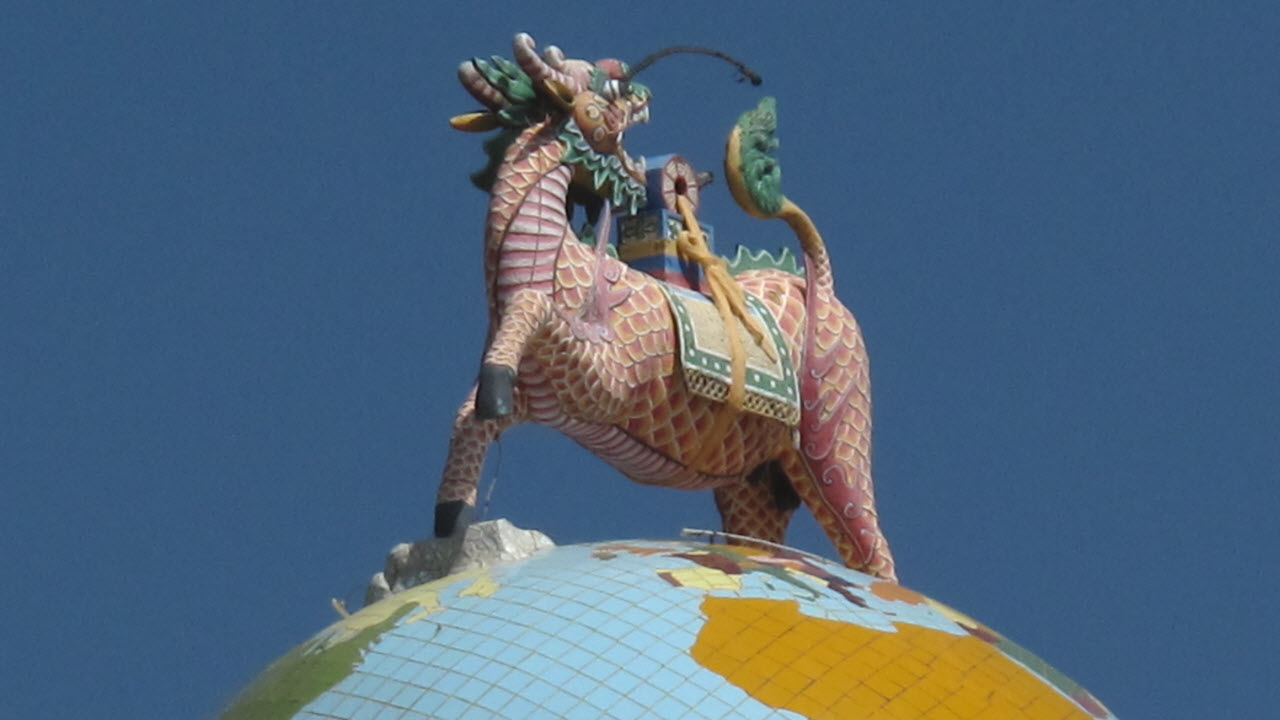 LongMa torso area called Cuu Trung Dai tower. It has nine step floor, so the rear will be higher. Note on top of CuuTrungDai tower is an image of Dragon-Horse / LongMa with a map on its back. This was called Long Ma Ha Do.

Long Ma Ha Do: At PhucHi (FuXi) King – a legendary king China’s ancient, dating back 4000 years BC. There was an appearance of the Dragon-Horse on the Yellow River, on the back it has the ring eddy. The king transcribed it swirls and creates Ha Do map. Ha Do map literal understood in ancient Chinese texts mean emblem on the Yellow River. Based on Ha Do map diagram, king PhucHi created Bagua diagram (eight-sign figure) this Bagua diagram was the foundation of Yi Ching (I Ching) and Ying Yang theory. The Globe supported Dragon-Horse above a square floor reflect Yin Yang theory: Globe mean Yang with round shape, Earth mean Yin with square shape. You may compare with Linga – Yoni in Hindu religion. 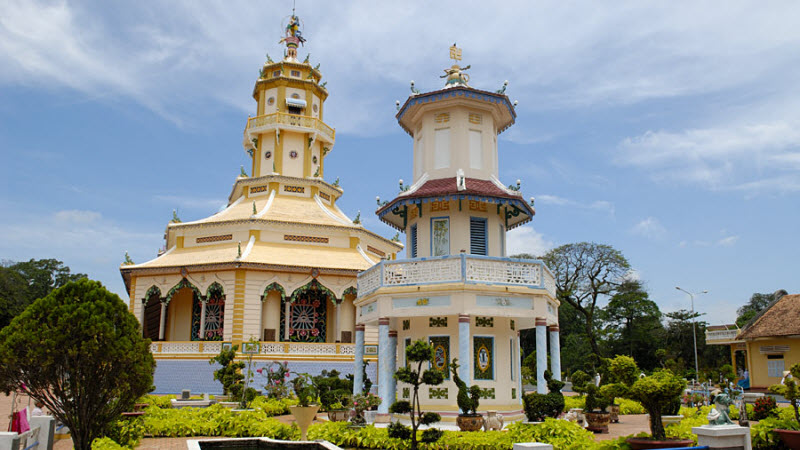 CaoDai temple – Octagonal tower in the rear with Hindu gods on top.

Bat Quai Dai – Bagua tower (Octagonal tower) at the rear of the temple, the tail of the Dragon-Horse, directed eastward. Please note on top of Bagua tower, there were Hindu trinity with their animals: Brahma, Shiva and Vishnu. 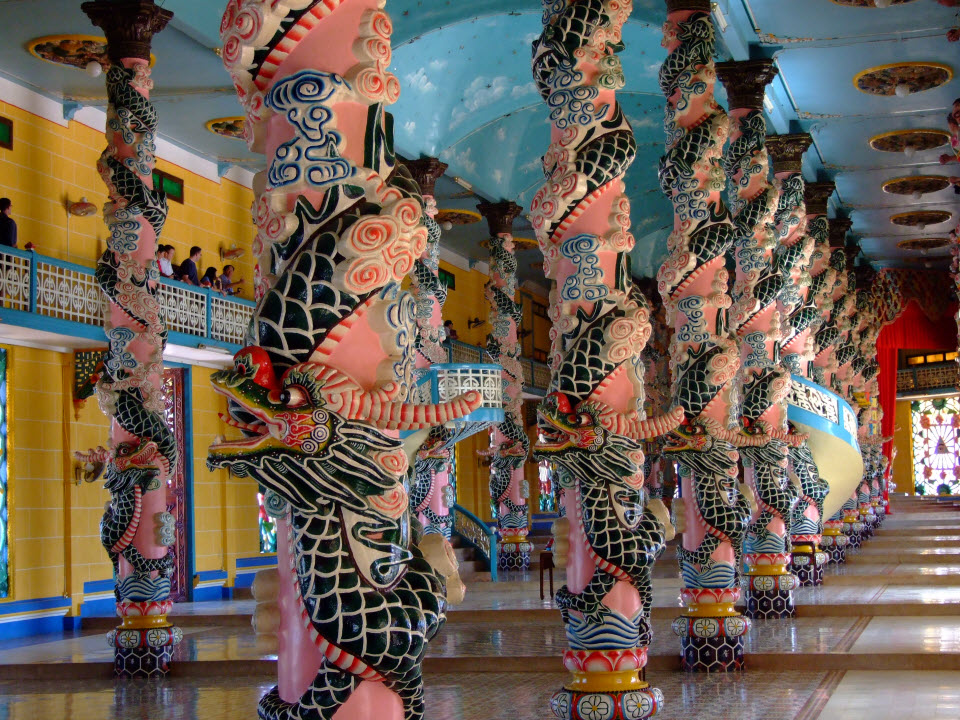 Around Cao Dai great temple have all 112 circular pillar to prop up the eaves of the corridors. In total on the ground floor of the Holy See, both inside and outside, have total 156 large and small pillar. 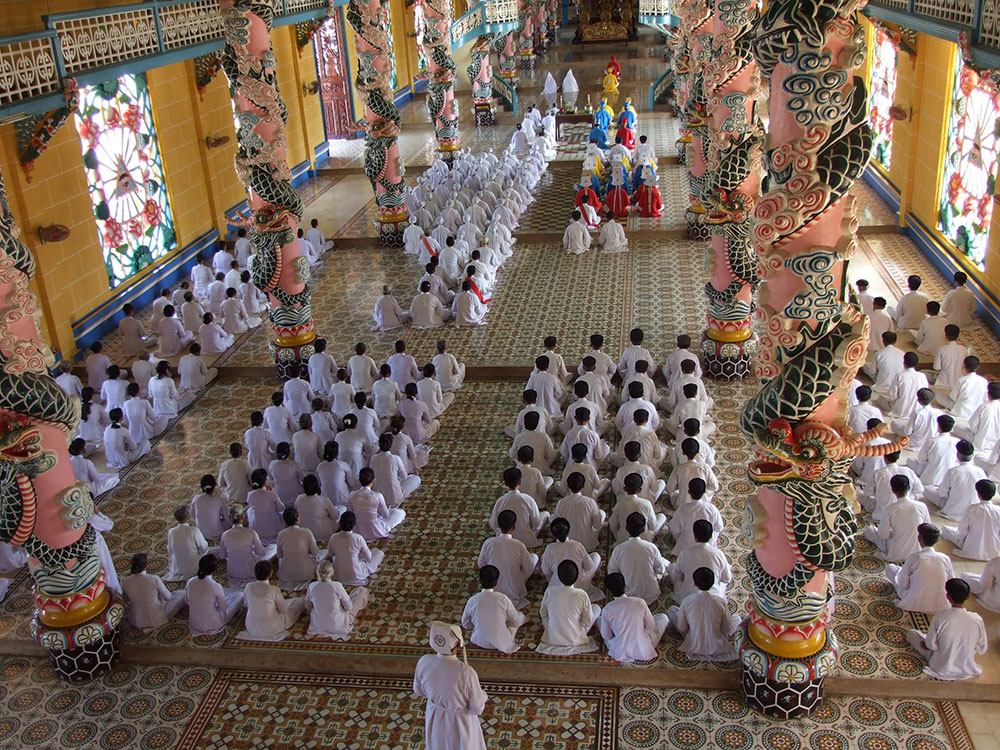 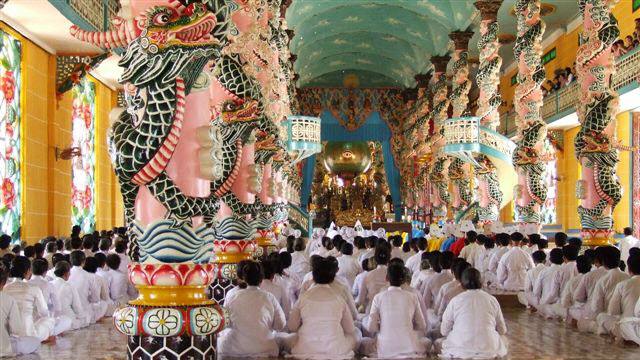