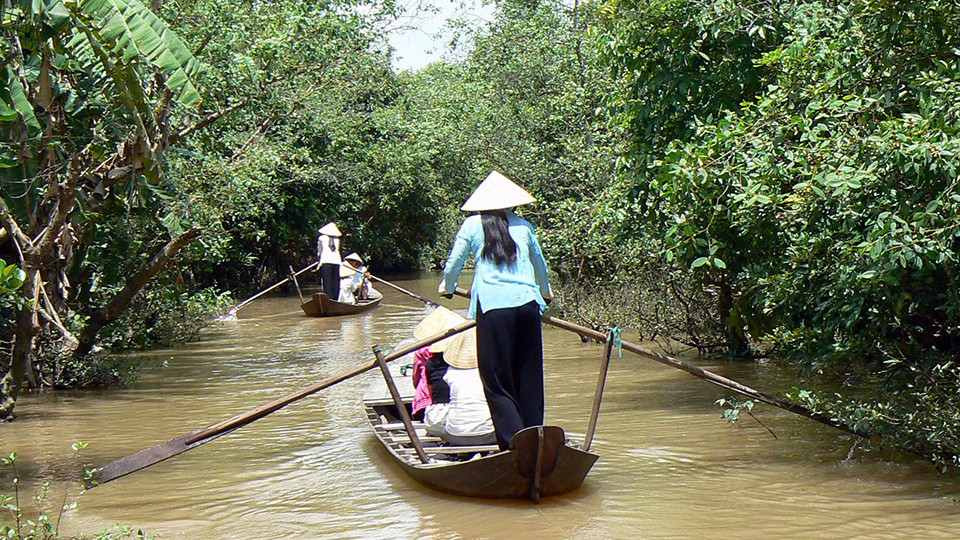 Mekong Delta Tours CaiBe
Though the floating market of Cai Be is getting smaller every year as the trade is shifting more and more into modern central markets, the numerous small canals in Cai Be still attracts many day trippers from Saigon to this charming river-land mixed small town.
Tour code:  SBL5B

We depart at 7:45am and head south to the river town of Cai Be, a rural district of Tien Giang province in the Mekong Delta region of Vietnam. Arriving at around 10:00am, we board our motorized boat to journey through Cai Be floating market. Here, we will experience how life functions on the delta, as we view the intricacies of commerce – how merchants purchase products from local farmers. During our cruise the town’s secluded canals, we will visit some workshops, see the locals making pop rice cakes, rice paper cakes, coconut candies and products from coconut trees.

Special thing of Mekong delta tours CaiBe will be the wooden sampan padlling down narrow natural waterways. Stopping at a local home to try seasonal fruits (such as longan, pineapple, watermelon, rambutan, papaya, jackfruit etc…). We continue walking through the village to get back to our boat which is waiting to bring us to another island for lunch served with many Vietnamese’s delicious dishes.
Time to relax and have a short walk to garden of longan and durian nearby. We get on board and cruise back to the quay around 2:00pm. Then we keep walking to AnThai village where people collect the manioc chips after full day drying in the sunshine.

Return to our car for a drive back to Saigon.  Tour ends around 6:00pm.

Photos and Video clip of  Mekong delta tours Caibe and nearby area: 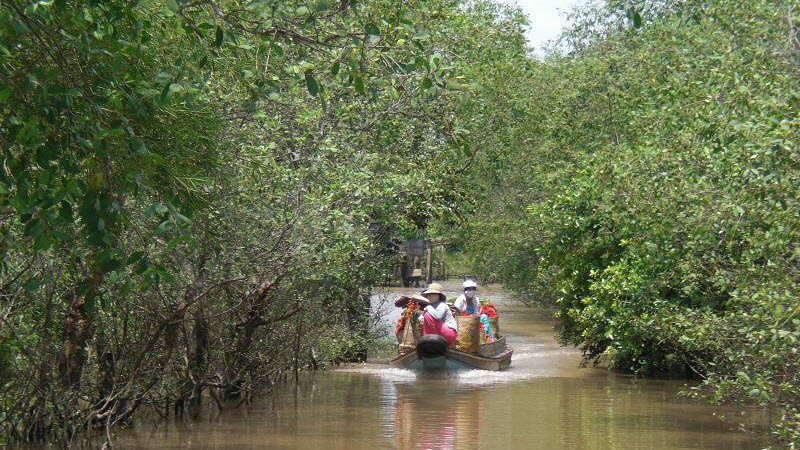 Rambutan transport from TanPhong island to Cai Be floating market 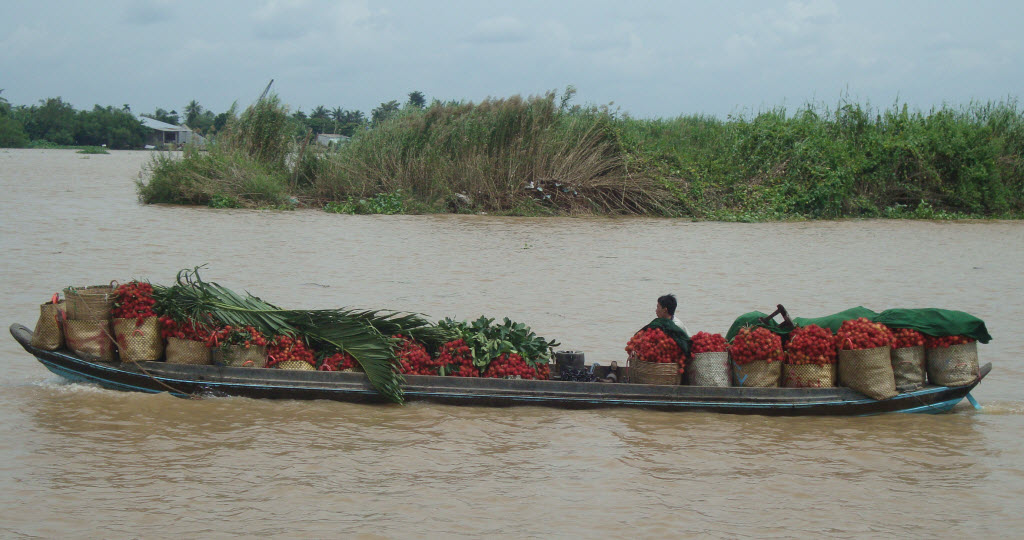 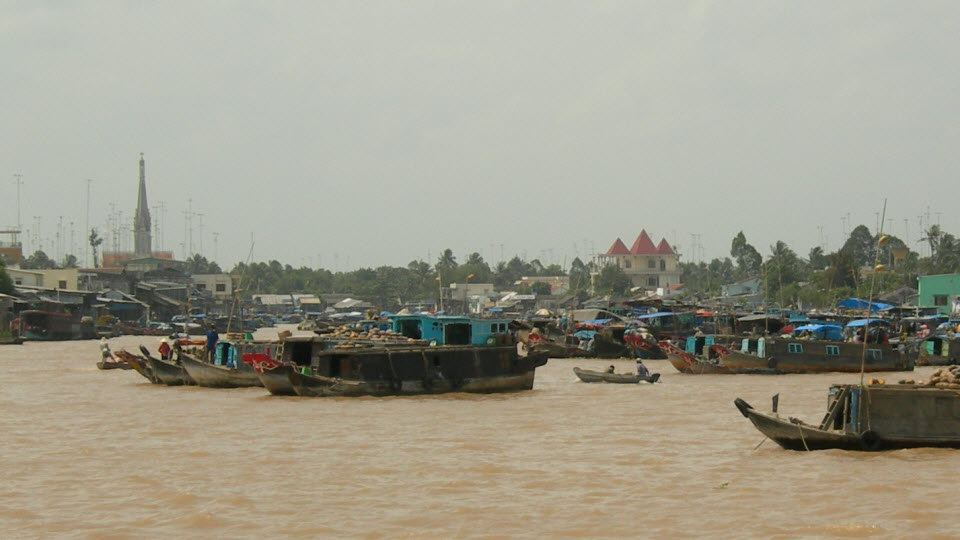 If you are interested in Roman Catholic Church, we visit to CaiBe church, it was built in 1929-1932 by Father Adolphe Keller. Father Adolphe Keller was born in France, German original. Ordained in 1901, the Missionaries of Paris. In 1905, he was sent to Indochina, in 1913 was sent to CaiBe which was a rural village. Vicar from 1913 to 1945. The beautiful church, Gothic-style exists to this day was built by Father Keller from 1929 to 1932.

He had purchased a lot of land for the parish. Father built irrigation canals and created rice fields and farms for parishioners to inhabited and keep their faith. Father was killed in the historical event 1945-1946.

Later in 2008, the remained bone of father Keller was obtained through a clairvoyant in Saigon. Excavations have found traces only the remains of his father spine in sitting shape, and a piece of a powerful scythe, can be used to cut his neck. The location was in a wild straw field for buffaloes in DongThap province, situated beside the new highway route Ho Chi Minh today. So Cai Be’s Vicar sat there for 62 years until excavations found by descendants !! 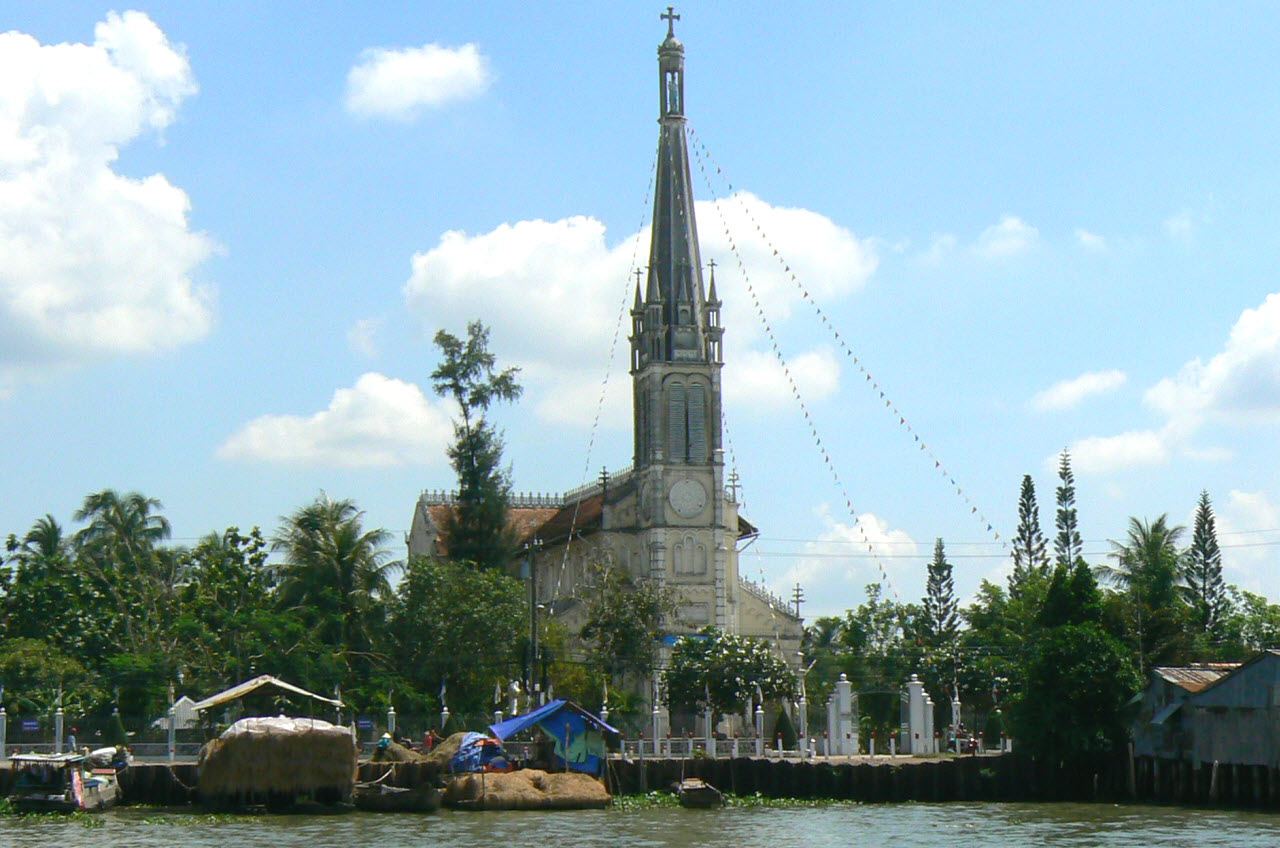 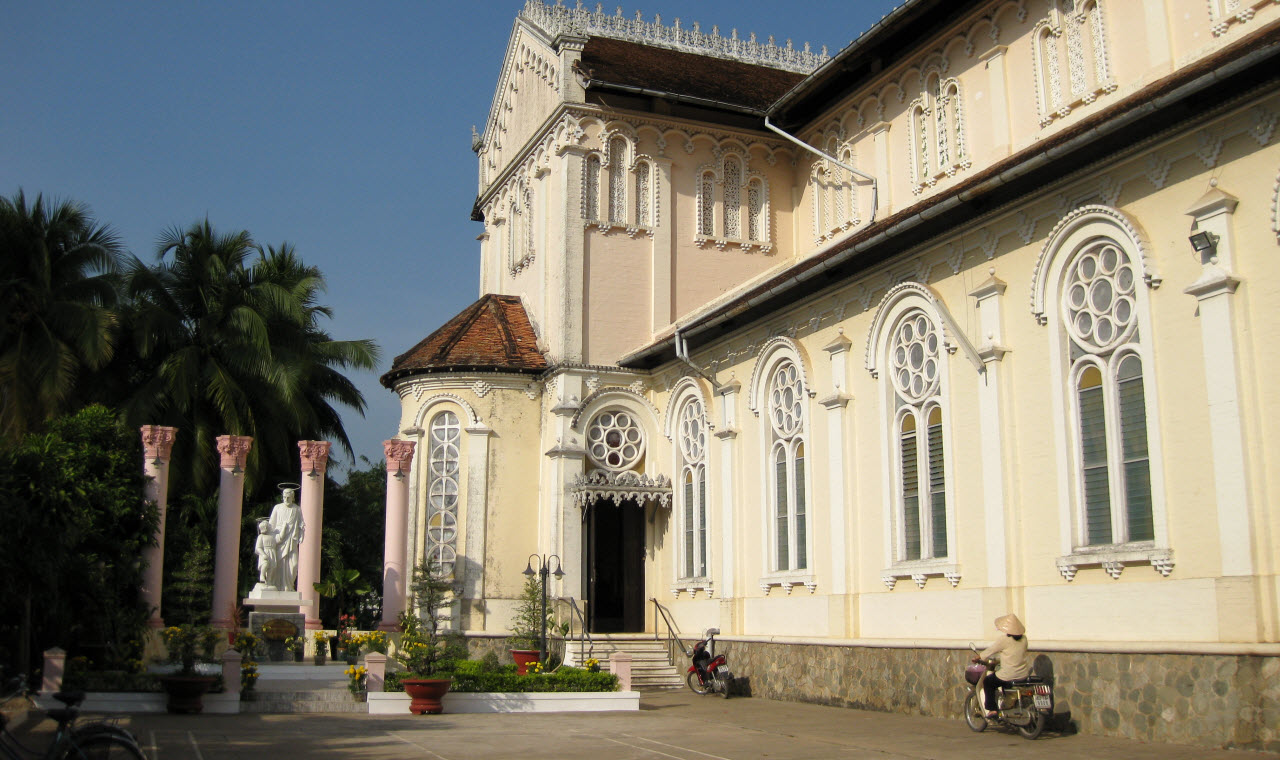 The bell towers of CaiBe church hold up 5 bronze bells, each weight between 500kg to 1,8 tons. It’s a wonderful job to bring all these French bells up there. It could be the highest bell towers in the mekong delta area. When they rings the bell, the sounds can be heard far away, specially when the mekong river tide is up. 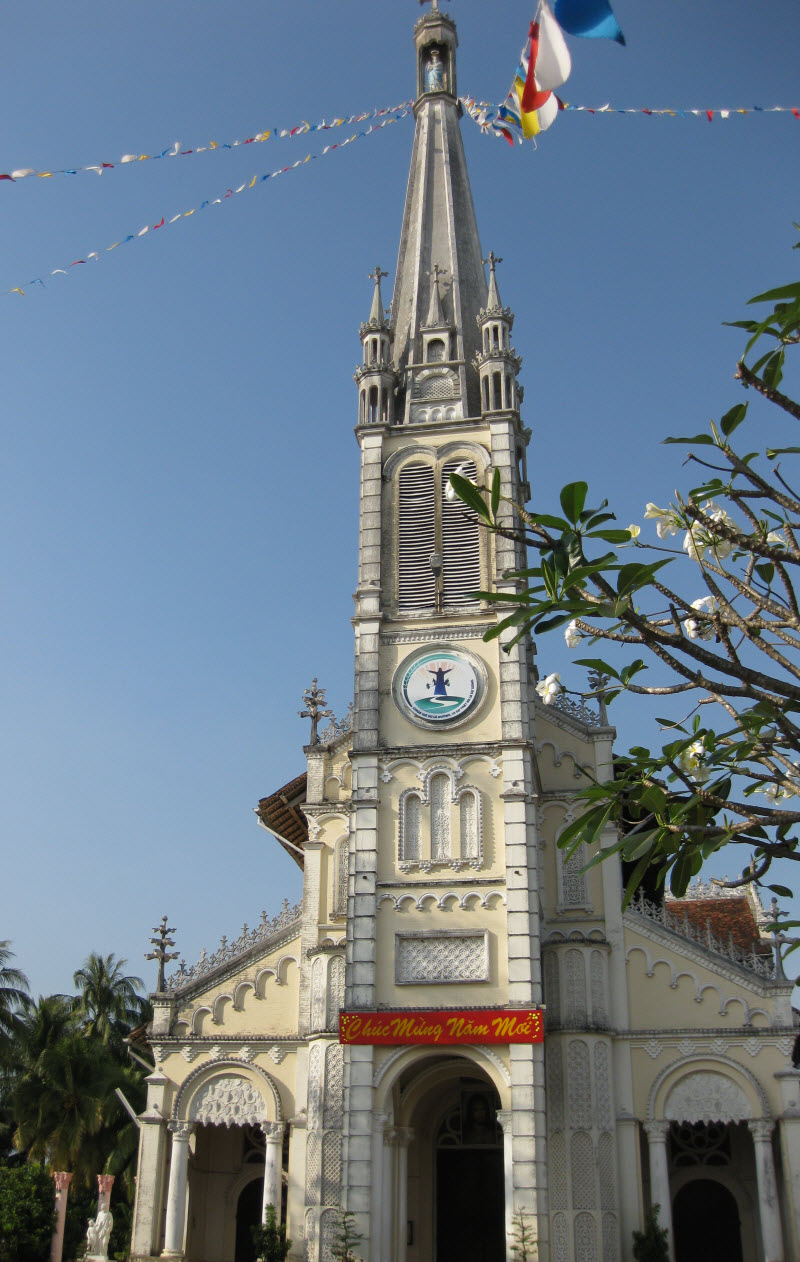